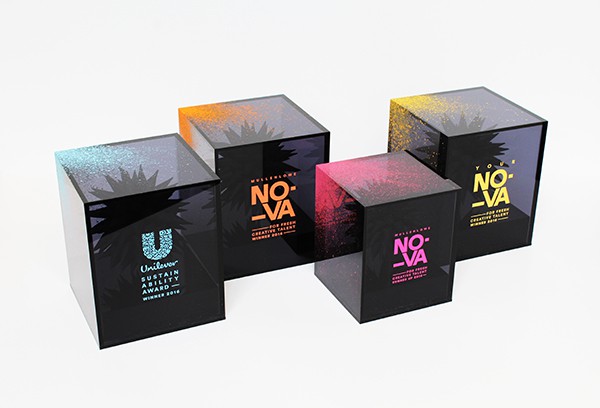 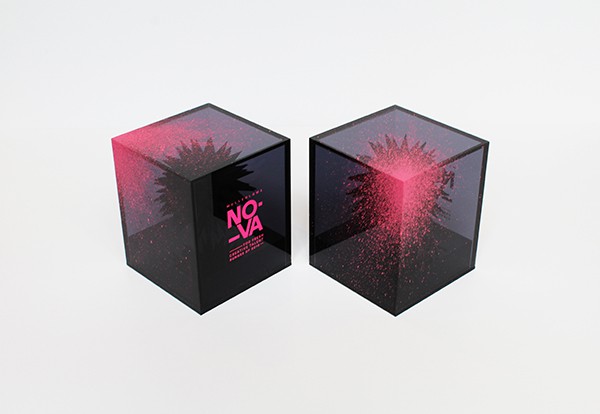 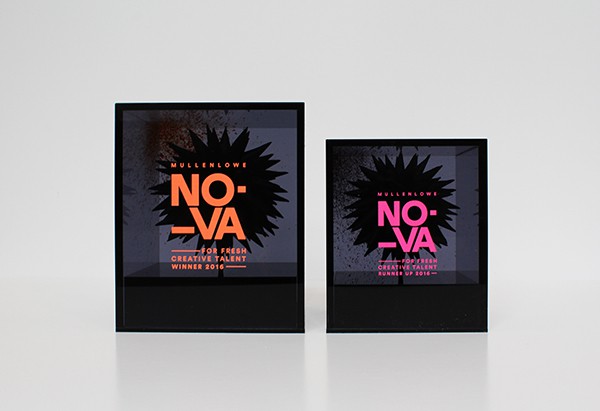 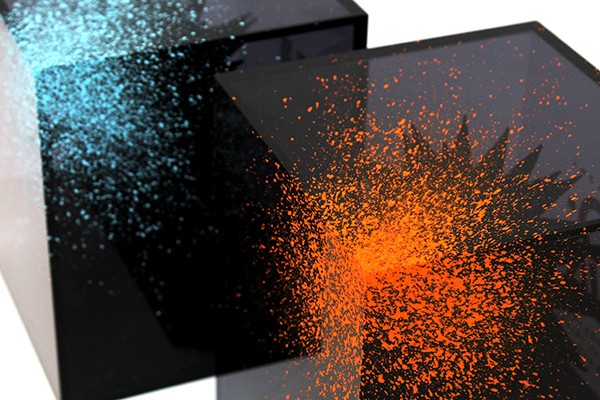 Ferrofluid and flourescent finishes for the 2016 Nova awards

The MullenLowe Nova Awards reflect the diversity of work produced at Central Saint Martins and showcases individuals projects, which have pushed the boundaries of their disciplines.

In 2016, Chalk was approached to help fine tune the design and produce the final awards based on the theme of ferrofluid and fluorescent finishes. The final awards consisted of dark tinted black obelisks each splattered with their own fluorescent paint colours. Hidden inside, visible only under a strong light, each award contained a black spiky ferrofluid influenced ball.